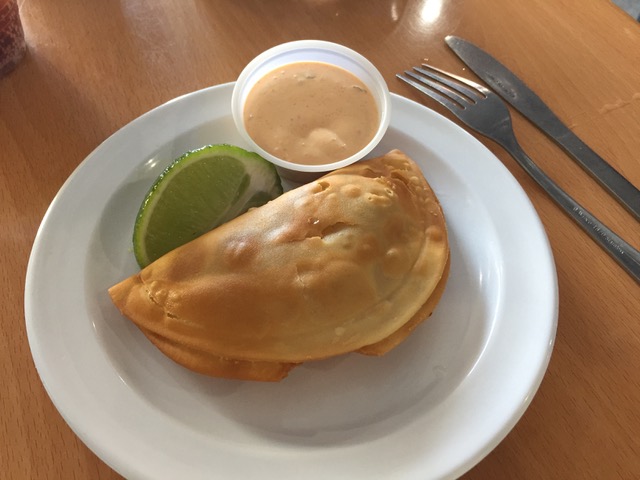 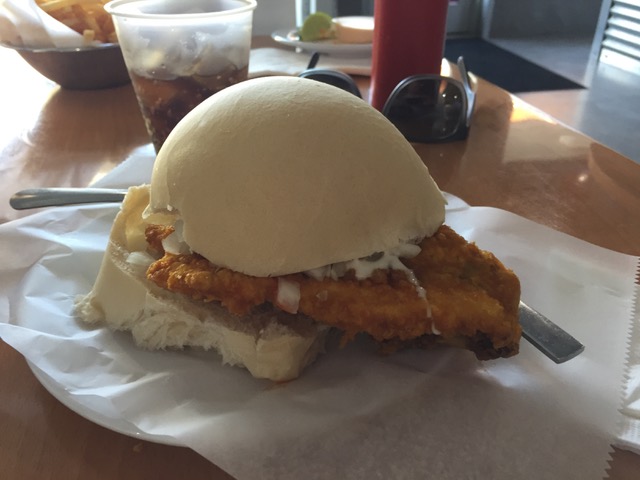 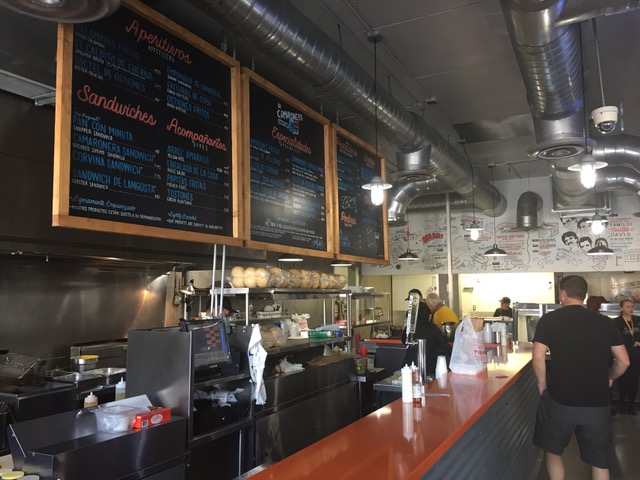 Earlier this week, I attended the Food Marketing Institute (FMI) Midwinter Executive Conference at the Trump National Doral resort in Miami. Lots of sessions, lots of conversations, and plenty of studies - with the general focus of all them how to better compete in a cutthroat marketplace. I had more than a few discussions with folks who were fascinated by the checkout-free Amazon Go store in Seattle; they’d read my coverage in MNB, and I was the only person they knew who’d actually been in the store.

At one point in the conference, though, I escaped from the sessions, conversations and studies, and drove a mere 7.5 miles to Little Havana, where I grabbed a parking space in a nondescript shopping center parking lot and made a beeline for La Camaronera Seafood joint &amp; Fish Market.

I started with a shrimp empanada, and then tucked into what La Camaronera calls “The Original Pan Con Minuta” - a fried snapper sandwich that was crispy and flavorful.

Fantastic. Delicious. And it made me think …

Sessions, conversations, and studies are important, especially these days. Many retailers, though, would be well advised to ponder what it is about a fried snapper sandwich that would compel someone to go out of his way to get it. I drove 7.5 miles, but, to be honest, would’ve gone twice as far. It’s that good.

(I’m not alone in feeling this way. My friend, novelist Bob Morris, who has forgotten more about great food and drink than I’ll ever know, is the one who originally told me about La Camaronera. This was not my first visit and, with any luck, it won’t be my last.)

I would argue that retailers looking for differential advantages in a world where e-grocery continues to become more of a factor, would be best advised to make better food. Make great food. Create retail environments that smell great, and celebrate the highest common denominator (which is different from the most expensive) when it comes to food. Make their stores the kinds of places that people will go out of their way to visit, and where they get hungry the minute they walk through the front door.

The 2019 FMI Midwinter conference reportedly will return to the Trump National Doral Miami … and I’m willing to lead a delegation to La Camaronera in Little Havana, just 7.5 miles away but a world apart.

It’ll be an Eye-Opener. (And delicious.)