Friday Eye-Opener: A Cheeseburger Should Be Paradise

You may recall that the other day, I wrote about IHOP’s social media campaign announcing a name change to “IHOB,” prompting much speculation until the company finally revealed that the “B” stood for “burgers,” and that the change was a temporary one that “celebrates the debut of the brand's new Ultimate Steakburgers, a line-up of seven mouth-watering, all-natural burgers.”

I commented in part:

And that was the milder part of my anti-IHOP screed.

A number of readers accused me, correctly, of being too harsh. But it was reader Tom Hahn who threw down the gantlet, writing:

Kevin, could you maybe give their burgers a try before slamming them? Wouldn’t that be the prudent thing to do? Aren’t you always advocating for companies to step out of the box and try something different to engage customers? Apparently that only counts if they are a trendy company.

Your typical elitist POV is showing – if this were Amazon or Starbucks or one of the many companies you have a man-crush on, I suspect we would get plaudits about their marketing acumen. But because it’s IHOP – which must be doing something right to stay in business – we get the typical dribble from you that I’ve come to expect. Out here in flyover country, we appreciate that IHOP offers value for the dollar; it’s all a matter of setting one’s expectations.

Shame on you for being so uppity.

I thought he made a legitimate point, and I promised to visit an IHOP this week, try a burger and report back. Which I did. And now I will.

When I pulled up at the IHOP in Stamford, Connecticut, I was a little surprised to find no visible signs promoting the new hamburger line. It ended up that there was one, but it was in a window facing the sidewalk, not the parking lot, and I have to imagine based on the location that they get a lot more customers via car rather than walk-ins.

When I went in, a little after 12 noon, the place was about half full. The booths seemed clean, and the employees were friendly. Not what I remembered from my last IHOP visit, so that was a good thing. I sat down, surveyed the menu, and ordered what they called a classic cheeseburger with bacon (plus lettuce, tomato, onion, pickles and “signature IHOP sauce), fries and a Diet Pepsi.

Now, I want to be kind about this, to the best of my ability. The burger looked perfectly serviceable. Nicely plump and well shaped. The problem was that the moment I picked it up, it had so much sauce on it that the burger slid right off the bun. It took some effort to get it back on, which wouldn’t be so bad if the sauce hadn’t been so blah. But it added nothing to the experience except to make it messy and unwieldy.

I ate the burger. The lettuce, tomato and pickles were okay. The bacon, oddly, was sort of tasteless. And the meat … it was sort of okay … though, to be honest, it felt like lead in my stomach and then, a couple of hours later, produced an effect that was decidedly unpleasant. The fries were just a tad undercooked, and nothing special.

I’ve had worse burgers. I’ve had better burgers. Remarkably, you can go to Shake Shack and get a far better bacon cheeseburger for a couple of bucks less … and you can get a beer to go with it, which makes all the difference in the world.

The experience wasn’t horrible (except for what happened two hours later). It was fairly undistinguished. But, in fact, this actually allows me to make what I think is an important point.

IHOP/IHOB, getting into the burger business, is getting into an unfamiliar area in which it is competing with a lot of different players of varying quality. Tom Hahn was right - I do argue fairly consistently that companies should “step out of the box and try something different to engage customers.”

But just being different isn’t enough. You also have to do something good and worthwhile.

You can’t change your business trajectory by creating a product that is undistinguished and undifferentiated. You can’t do it by creating a clever social media campaign that points to a less-than-clever product. If you make a promise, you have to deliver on it. The IHOP signature sauce, as it turns out, was a perfect metaphor for what IHOP/IHOB offered - lots of noise, but adding nothing compelling to the experience.

Give me Shake Shack. Give me In-N-Out. Just don’t give me indigestion.

I paid the check and got up to leave. As I was walking out, a young man was walking in. He was wearing a monogrammed shirt, and had stepped out of a van with a sign on the side. He was carrying two large pizza boxes, which he handed to the manager, who then brought them to the back of the IHOP to feed to her staff.

As the entire restaurant watched.

Not a great message, I think. It ends up, that the name change that IHOP should’ve adopted was IHOB.S. 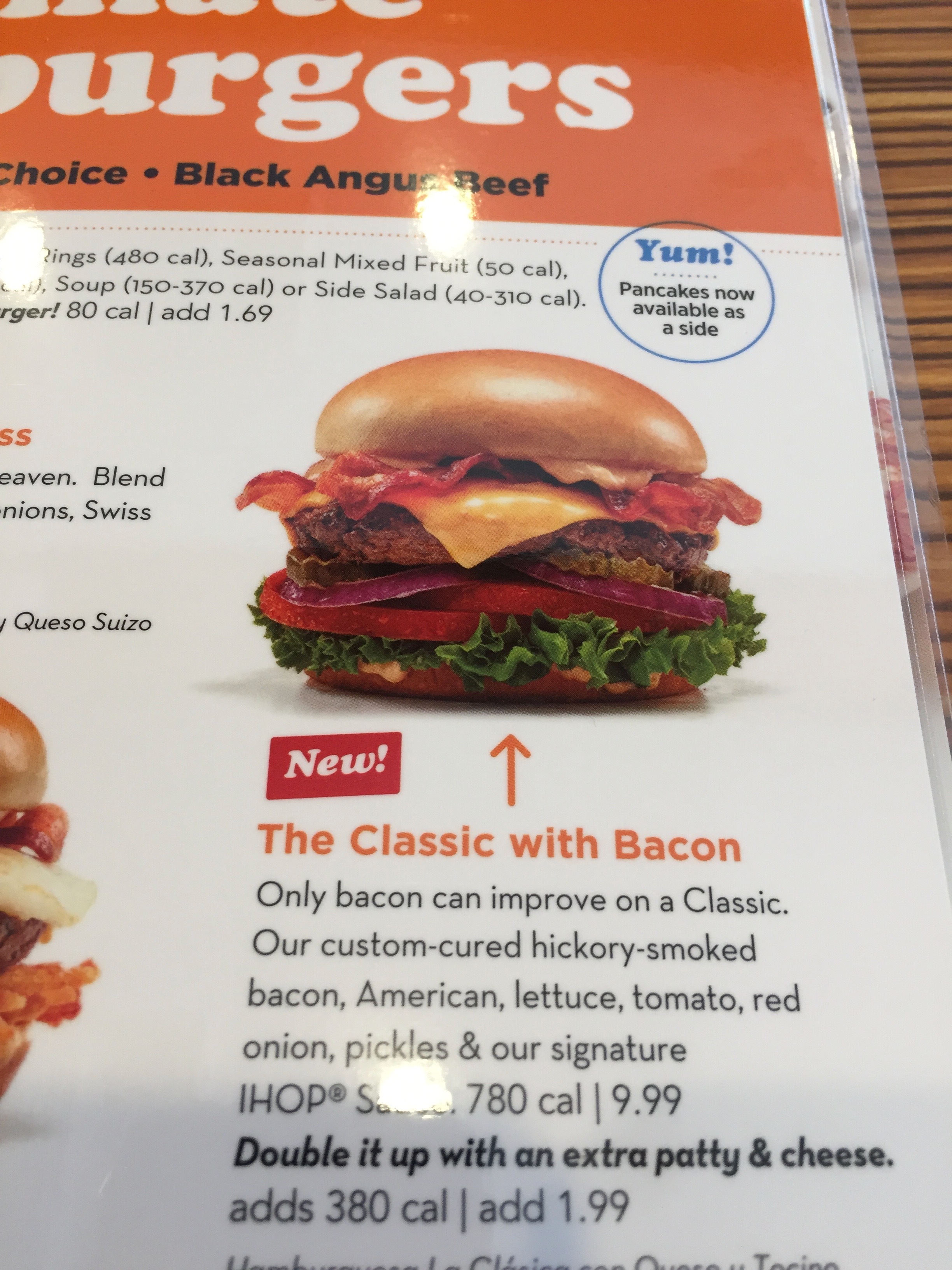 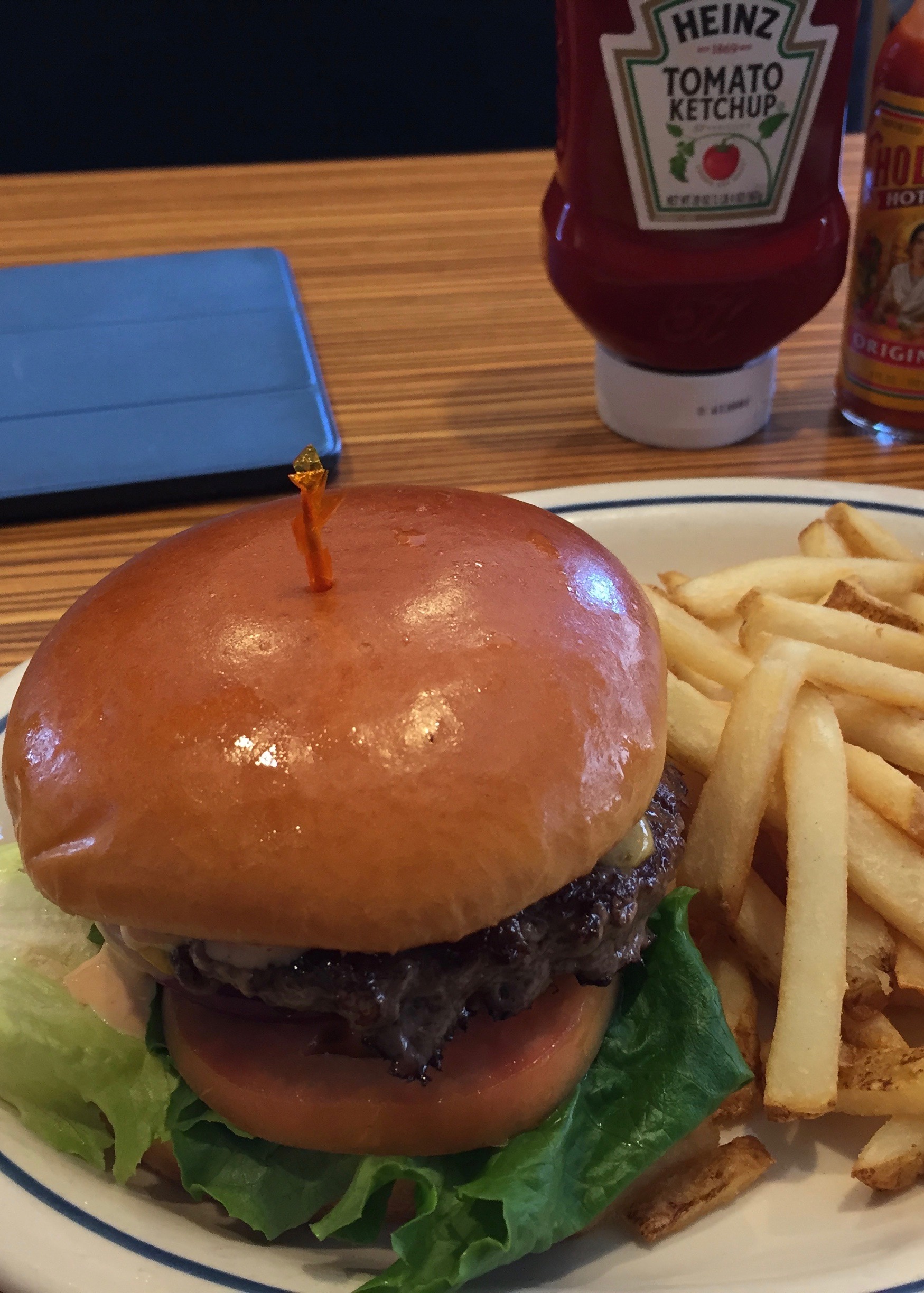 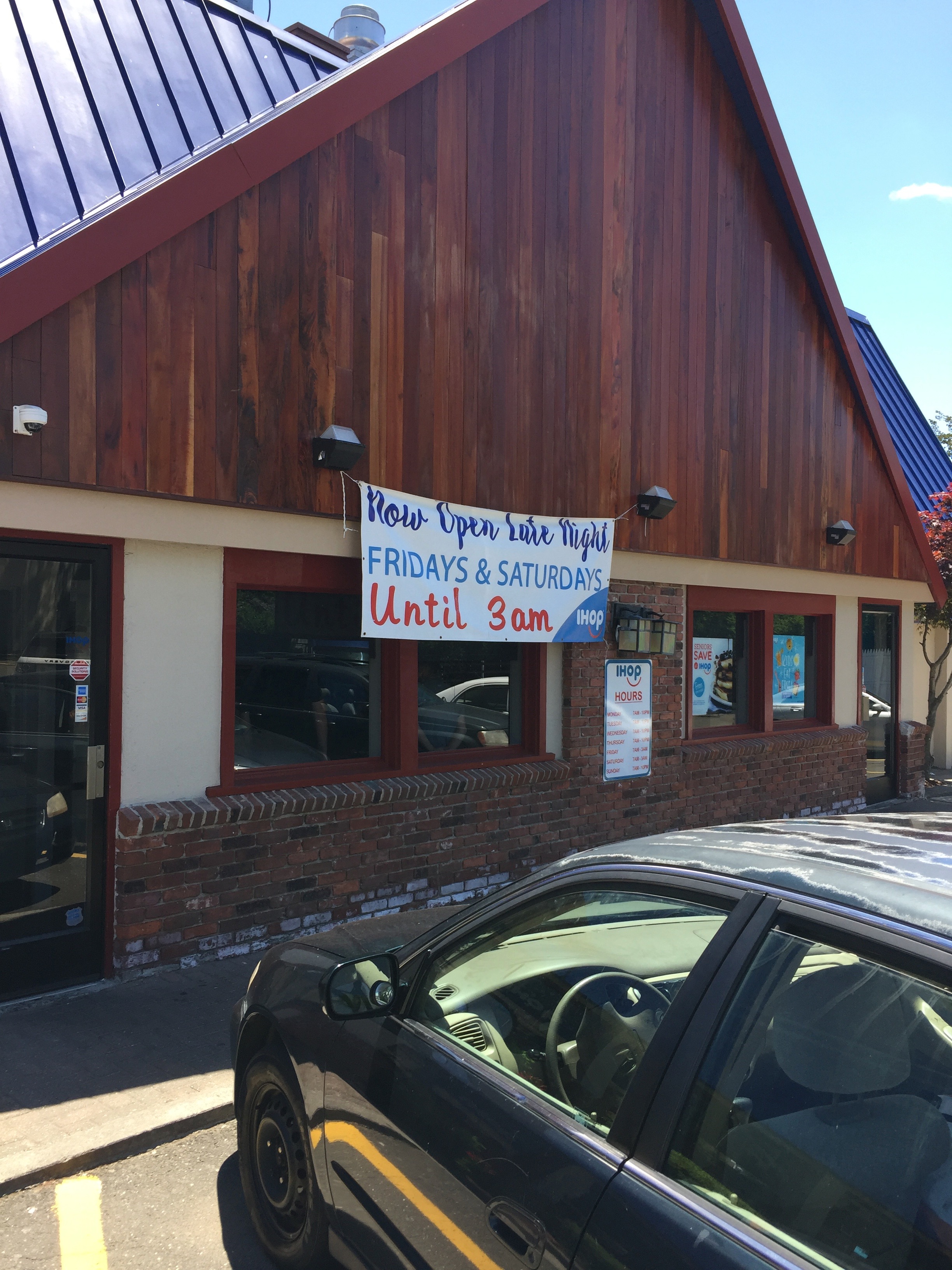 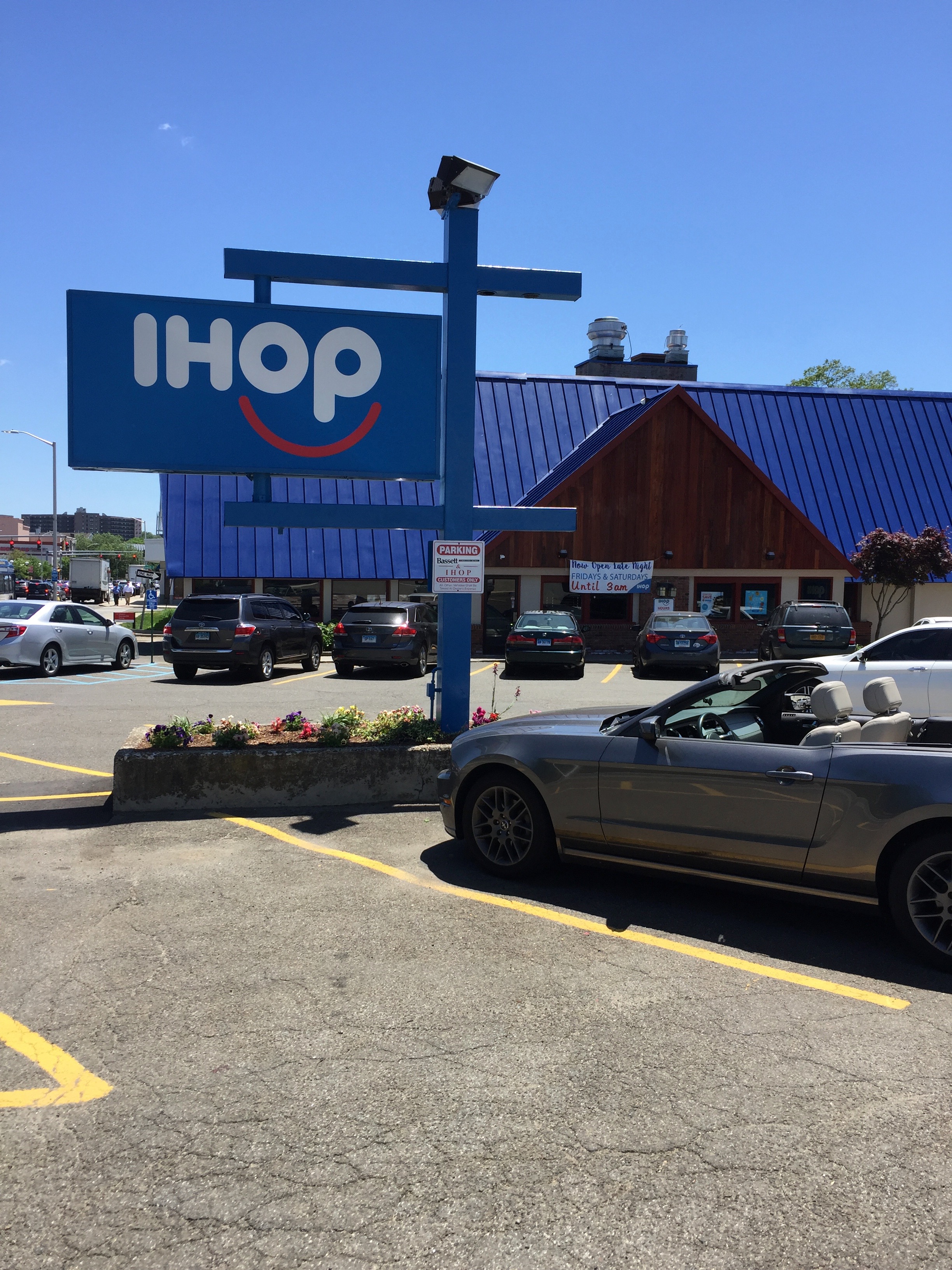