While at the United Fresh Show in Chicago earlier this week, I was talking to a friend of mine, who mentioned something called Farmers Fridge, a vending machine business specializing in fresh food.

What was interesting was I’d just read a piece about how Danone Manifesto Ventures, an investment fund sent up by food company Danone, is investing considerable money in start-up companies designed to challenge “the dominance of big brands” - and Farmers Fridge was one of those companies.

Okay, maybe that was a coincidence.

But then, I was walking back to my hotel … and there, in the passageway from McCormick Place, was a Farmers Fridge.

I was fascinated, so I decide to buy something to eat and see how the whole thing worked. There was a selection of sandwiches and salads - all, I thought, reasonably priced. (The caprese half-sandwich I chose was $4.50, and the pesto pasta bowl was $6.00.) What really impressed me was the degree to which the machine had graphics that allowed me to drill down for ingredient and nutritional information - it seemed to have the requisite level of transparency, and I felt smarter because I wasn’t buying Twizzlers from a different vending machine. (Pics below.)

I did a little research on Farmers Fridge and found out that the company has more than 100 machines in Illinois and Wisconsin, in hotels, airports, schools, private companies and retail stores. They apparently stock the boxes once a day, and empty them out at night, delivering any leftover food to homeless shelters.

The food was pretty good. Even though it was towards the end of the day, the pasta salad stayed fresh, and the sandwich was tasty, if maybe a bit dry. I blamed the latter on recyclable cardboard packaging that seemed a tad less than totally secure, though I wasn’t worried about the safety issue.

I paid with a credit card, and got a receipt delivered to my iPhone within moments; the next day, I got a survey via email, asking me to rate the product. All of which I thought was smart.

I don’t know if Farmers Fridge has the legs to do a national rollout, but I think it is a good idea that points to how differentiated vending experiences may be able to extend retailers’ reach and relevance. And that was the Eye-Opener. 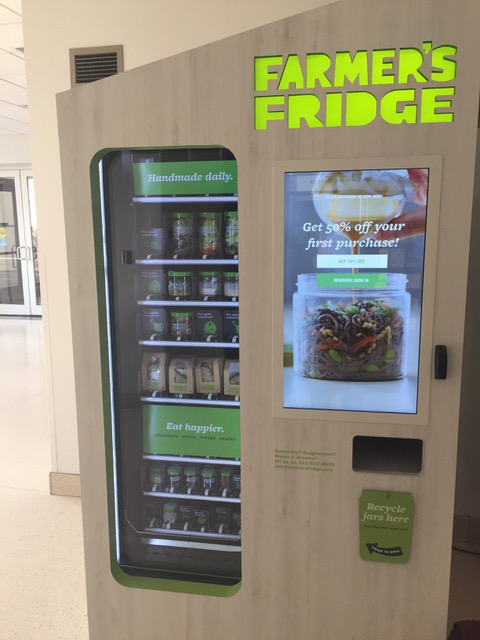 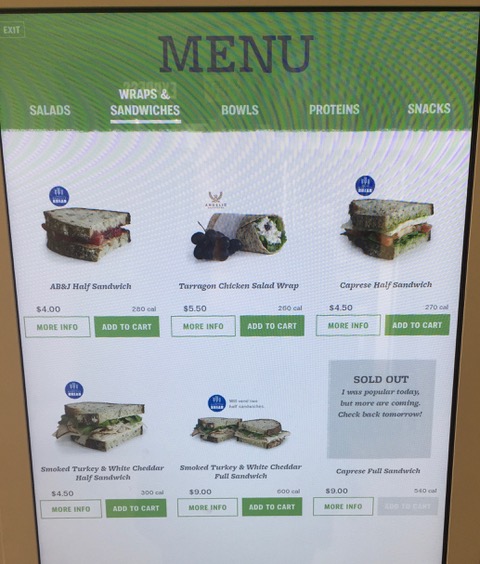 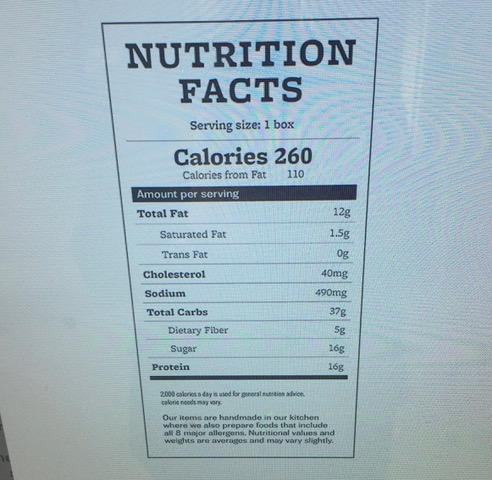 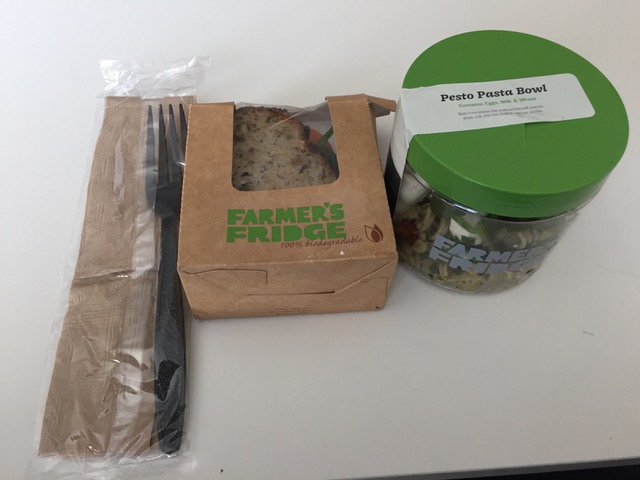