I thought my new Tommy Bahama beach chairs with the cooler pouch on the back were quite the find until I set them in the sand in coastal Rhode Island last week. I quickly realized more than 50 percent of the chairs arrayed on the beach in front of me sported the Tommy Bahama logo, in a myriad of styles, bright stripes and bold tropical prints.

So much for being a trend-setter.

My curiosity piqued, I decided to look into the Tommy Bahama beach chair phenomenon.

Turns out, the brand is the most ordered and highest rated beach chair on Amazon.com, and is a hot seller at Costco, BJ's, Bed Bath & Beyond and more. It tops many “best beach chair lists” and boasts what USA Today recently called a “cult following on Amazon.”

The chairs range in price from $48 to $89, some emblazoned with the brand mantra “Live the Island Life” and “Relax.” The best-selling $69.50 five-position chair on the Tommy Bahama site features padded back pack straps, an adjustable pillow, storage pouch, insulated cooler pouch, a towel bar and a side pouch with a drink holder and a cell phone pocket. In short, just about everything but sunscreen and a rum-laced beverage.

Interestingly, company CEO Doug Wood wasn’t so sure about the whole beach chair idea. In an interview with License Global magazine, Wood admitted he lost a lot of sleep over the beach chair, sun umbrella and accessory line, which has now become a major success and an important part of the product mix.

Ironically, one spinoff that did not work for the island-influenced aspirational lifestyle brand a decade ago was a foray into spirits, specifically rum.

All of which proves that a successful brand extension is both an art and a science bridging the association between the original product and the new one, bolstered by luck and good timing. For every Tide Pen, Tootsie Pop, Dove Men + Care and O: The Oprah Magazine, there are thousands of flops, including the oft-cited Zippo the Woman Perfume.

To continue to evolve and succeed, brands and retailers need to take chances. And make mistakes. Consider Starbucks and its 1999 purchase of the music curation startup Hear Music, with the goal of “transforming the retail record industry.” The leap from latte provider to music and cultural powerhouse floundered and finally failed. Starbucks’ purchase of the Teavana chain appeared to be a better fit, but never gained traction or enough tea drinkers.

Though not a traditional brand extension, I was intrigued by the recent news that Kroger was developing its own apparel brand in partnership with hip designer Joe Mimran. The line, which will include men’s, women’s, juniors, kids, and baby collections, is called Dip and will launch this fall in Kroger Marketplace and Fred Meyer stores.

The thinking is that shoppers can fill their grocery cart then “dip into the next aisle” to easily outfit any member of the family. I initially questioned the idea of buying clothing in a supermarket, but then I thought of my typical cart at Costco filled with coffee, a rotisserie chicken, socks, paper towels and the occasional cashmere sweater or pair of sneakers.

As supermarkets, Walmart and Target do battle with Amazon, I think any innovation aimed at engaging customers is worth a try.

Just count the number of Tommy Bahama beach chairs you see the next time you go to the beach. 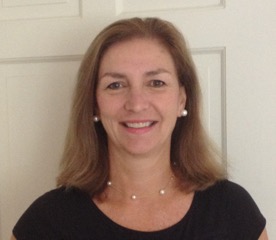