I have a couple of unusual entertainments to recommend to you this week … both a little off-kilter, but I found myself intrigued by both of them.

A Simple Favor is a very funny, often raunchy story about an unlikely female friendship pairs Anna Kendrick, playing an uptight, widowed suburban mom whose only real connection with people other than her son seems to be via her vlog, with Blake Lively, a glamorous publicist with a taste for martinis, anti-depressants and vicious put downs for pretty much everybody who lives in the Connecticut town in which she resides. Kendrick’s Stephanie finds herself intrigued, even attracted to Lively’s Emily …. it is as if Emily represents some sort of release from her repression that she didn’t even know she craved.

The two are very funny together, right up until the moment when Emily asks Stephanie for “a simple favor” - pick her son up after school. That’s when Emily disappears, and Stephanie turns Nancy Drew in order to figure out what happened to her. It hardly is a conventional mystery, however, as Stephanie is able to use her vlog to generate clues and leads, and Kendrick shows us a woman who emerges more during her search for Emily than she did while in her shadow.

This is definitely R-rated, with terrific performances by Kendrick and Lively, as well as by Henry Golding as Emily’s husband. Some of the denouement you can see coming, but some you can’t … and the movie, directed by Paul Feig (Bridesmaids) is never less than enormously entertaining.

There’s a new eight-episode series called “Forever” on Amazon Prime Video, featuring Fred Armisen and Maya Rudolph as a long-married couple, which plays like it was co-written by Harold Pinter, Edward Albee and Rod Serling. All I will tell you is this - it starts with them deciding to break with tradition and go on a ski vacation instead of to their lake house … and from there it spirals into all sorts of unexpected directions, but always focusing on and rotating around the nature of love and commitment.

Half the time I was shaking my head in wonderment, and the other half I was applauding the series’ audacity. I suspect you’ll either love it or hate it … I loved it, and was totally awed by Rudolph’s performance.

Finally, I am happy to tell you about a new addition to the Coupe household, some five months after we lost our beloved yellow lab, Buffett. My daughter has a new lab puppy, which you can see below … her name is Zazu, or “Z,” and I’m told she is an utter charmer with just a little bit of devil in her. I say “I’m told” because right after that picture of Z and me was taken, I went on a week-long trip to the Pacific Northwest, so we never had a real chance to get acquainted. But, as you read this, I’m back home, and I’m looking forward to hanging out with Z.

(I love “Z” as a nickname since there were a movie by that name, and it also happens to be the name of a character from Robert B. Parker’s Spenser novels. That pretty much covers it for me…)

That’s it for this week. Have a great weekend, and I’ll see you Monday. 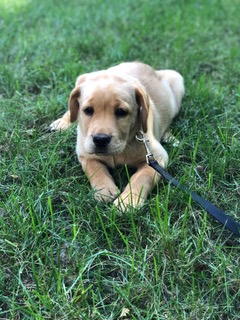 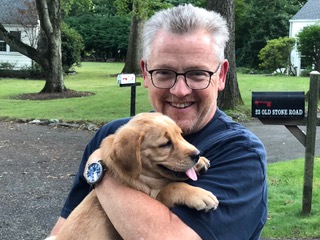 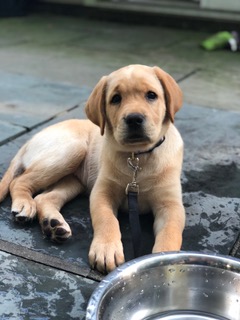