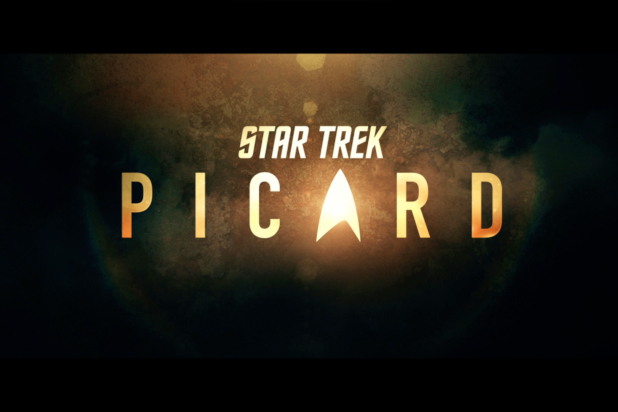 ”Someone once told me that time was a predator that stalked us all our lives, but I rather believe that time is a companion who goes with us on the journey, and reminds us to cherish every moment... because they'll never come again.” - Capt. Jean-Luc Picard, “Star Trek: Generations”

I’ve been over the moon here about the return of Patrick Stewart in his iconic “Star Trek: The Next Generation” role, in a new series that reportedly will debut this fall on CBS All Access, exploring Picard’s life two decades after we last saw him. While Stewart had always said he couldn’t imagine playing the role again, he said he agreed to return to the part because “it has been humbling to hear many stories about how ‘The Next Generation’ brought people comfort, saw them through difficult periods in their lives or how the example of Jean-Luc inspired so many to follow in his footsteps, pursuing science, exploration and leadership. I feel I'm ready to return to him for the same reason — to research and experience what comforting and reforming light he might shine on these often very dark times.”

While a premiere date has not yet announced, nor many details about the series other than that it will explore “the next chapter” of Picard’s life, this week the producers did say, at least, what it will be called:

The notion of time also was on my mind this week when it came to another piece of entertainment, though not in a good way.

Wine Country, the new Netflix movie directed by Amy Poehler, is, sad to say, a case of the whole being less than the sum of the parts.

The premise seemed promising - it is about six longtime women friends who go on a long vacation weekend to the Napa Valley to celebrate one woman’s 50th birthday. The talent was strong - in addition to Poehler serving as director, she stars in the film along with Maya Rudolph (who I’ll watch in pretty much anything), Rachel Dratch, Ana Gasteyer, Emily Spivey and Paula Pell, with Tina Fey in a sort of extended cameo. And I liked the idea that as a Netflix film, there was no possibility Wine Country would get buried at the box office by Avengers: Endgame hype; it would, in fact, have time to age gracefully.

The problem with the movie is that in some ways it seems that it is the first draft that has been put onscreen. It has the feeling of one of those “Saturday Night Live” sketches that isn’t really done, but it is Saturday night and ready or not, the audience is waiting and it is 11:30 pm…

There are some moments in “Wine Country” that are nice, and the cast works hard, but the whole thing never really gels in any sort of sustainable way. What it needed was a script doctor to come in and rework it, to give it a fresh perspective and maybe a stronger narrative through-line. I’m not sure that happened.

I tend to think that despite the ultimate disappointment that “Wine Country” doesn’t work work, it somehow is reassuring that it exists. While there is a big debate in the entertainment community about whether movies made for Netflix or Amazon or any of the other streaming services actually are movies, or if that term ought to be reserved for entertainments made for the big screen. To me, that’s a distracting discussion - there are movies that just won’t make it in theaters, and I’m really glad that these venues exist and that people like Amy Poehler get the time and money with which to make their movies. With time and experience, they’ll only get better.

However, there is a downside to the Netflix model. It seems to be spending so much money churning out an enormous amount of content, but may not be spending enough money on quality control. I’m not talking about corporate overlords getting way too involved in the creative process, but smart, talented, artistic people who can serve as agents for the audience/customers.

“Wine Country” is a respectable effort that doesn’t work … to paraphrase the old commercial, it feels likes like a wine sold before its time. But it ought to serve as both a harbinger of what is possible and a cautionary note at the same time.

Back Monday. Have a great weekend.