This morning's Eye-Opener also is a special FaceTime with the Content Guy, recorded yesterday at the new Wegmans in Brooklyn, New York - which opened on Sunday as the company's 101st store.

Some notes about the store:

• At 74,000 square feet, the Brooklyn Wegmans is smaller than most of the company's stores, but bigger than most New York City supermarkets. Yesterday it seemed like a sizable percentage of Brooklyn's 2.5 million residents had squeezed into the store, and the checkout person told me that it was a lot slower than it had been on Sunday.

• For me, this store has a lot more natural energy than the two-level mall store that Wegmans opened in Natick, Massachusetts, in a former department store location. I think this store actually benefits from being squeezed a little bit … it forces Wegmans to be even more focused than it usually is. (The Natick store is, in my opinion, way too big, and the energy and creativity dissipate somewhere on the escalators.)

• There are things about the store that New Yorkers, I think, will find to be incredibly attractive - such as the focus on how-you-want-them meals. For example, you can buy fresh pizza, frozen pizza, chilled ready-to-bake pizza, or all the makings so you can assemble a pizza on your own. Those options are available elsewhere … but rarely in the same space. Big win.

• Love all the energy and animation - not animatronics, but actual people, like the chef who was teaching people how to make seared scallops and putting on a show at the same time.

• Employees were everywhere. I was strolling around the store with my nephew, who asked me where the mozzarella was. Out of nowhere, an employee appeared, having overheard the question, and brought us over to the enormous cheese section. (Will this kind of employee presence persist in six months, nine months, two years? I hope so - it is one of Wegmans's secret sauces.)

• Tons of foodservice. Pictures below. People seemed delighted. There's also a mezzanine with seating, and a beer-and-wine bar. (Not sure about the bar. This is Brooklyn, and there are a ton of local, authentic places where I might prefer to have a drink … but it will be interesting to see if this works.)

• Bakery is terrific. Lots of great smells and interesting choices. Big win, I think … though there could be a dozen local bakeries nearby that would make it a problematic department. We'll see.

• The Brooklyn store struck me as being filled with two kinds of people - those who never had shopped in a Wegmans-style before, and those who had been to Wegmans, and were delighted that they now have one nearby.

• The neighborhood is growing - just the lunch business from Steiner Studios, the movie lot next door in the Brooklyn Navy Yard, ought to be healthy.

• Parking is a nightmare. There's no subway nearby.

• I have to wonder how easily it will be to get trucks in and out.

• Lots of out-of-stocks. Maybe just because it was day two, but I was surprised by all the holes.

• Not sure about the high level of grocery private label in some categories, like pasta sauce and pasta. This is Brooklyn, after all, and there is a lot of cultural/ethnic loyalty to certain brands on which people have been raised. This selection struck me as somewhat suburban … and I'm not sure about it.

• Wegmans' private label pasta sauce comes in a plastic bottle, at a time when plastic has a bad reputation on environmental grounds. I wouldn't buy it for that reason alone.

• Did I mention that parking is a nightmare?

I've never had a Wegmans near me, so I've never been a regular customer. But my visit yesterday made me even more eagerly anticipate the store it is scheduled to open in Harrison, New York, next year - according to Wegmans;' website, it will be its 102nd unit. I can see myself driving past a lot of other stores to go there a couple of times a month. (And I hear they have designs on southwestern Connecticut, which would make Wegmans even more convenient for me and a lot of other shoppers.)

There's little doubt in my mind that this is going to be a big win for Wegmans, and could be a template for an expanded urban presence for the retailer.

There are some terrific stories about the new Wegmans that are worth reading, like this one in The New Yorker, which offers this assessment: "In virtually every region where it has a presence, it’s more than a store: it’s a place of delight and obsession, regarded with the sort of fervid, identity-entangled consumer allegiance that is more familiarly associated with dedication to a sports team, or a particular car manufacturer, or Wawa."

Or, in the New York Times: "The zeal around the opening, and the lengths fans go to proclaim their Wegmans-philia, may confuse some New Yorkers. Isn’t Wegmans, which was founded in 1916 in Rochester, just a grocery store? Sure, at 74,000 square feet and with over 50,000 products, it is bigger than most in New York (although smaller than most Wegmans). And sure, it has prepared foods and a bar on the second floor, but Whole Foods has places to eat, too.

"Is it the result of a marketing tactic, à la the Popeyes Chicken sandwich? Is Wegmans a nostalgia trip for those suburban transplants who miss massive grocery stores?

"Whatever it is, people love it." 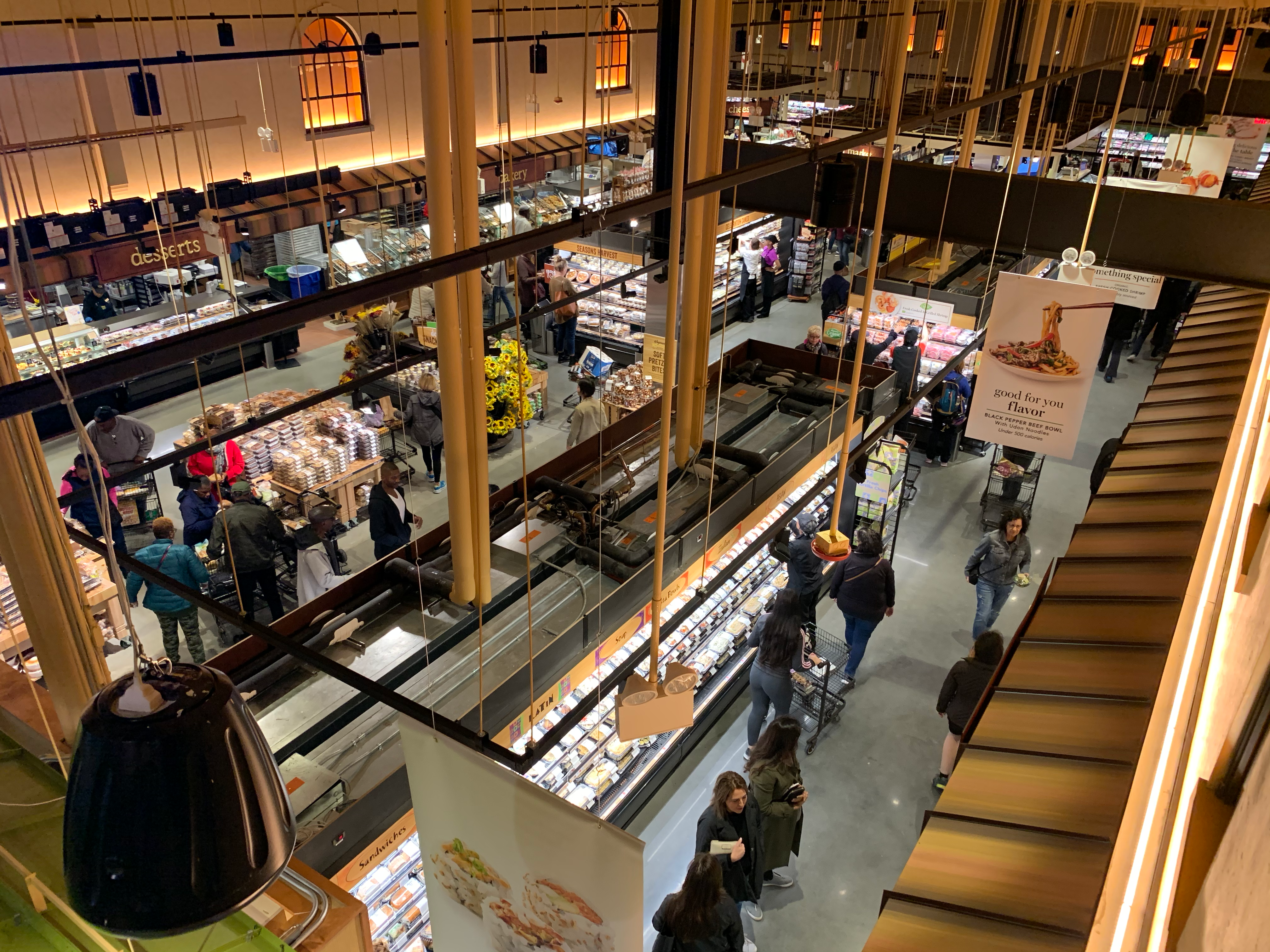 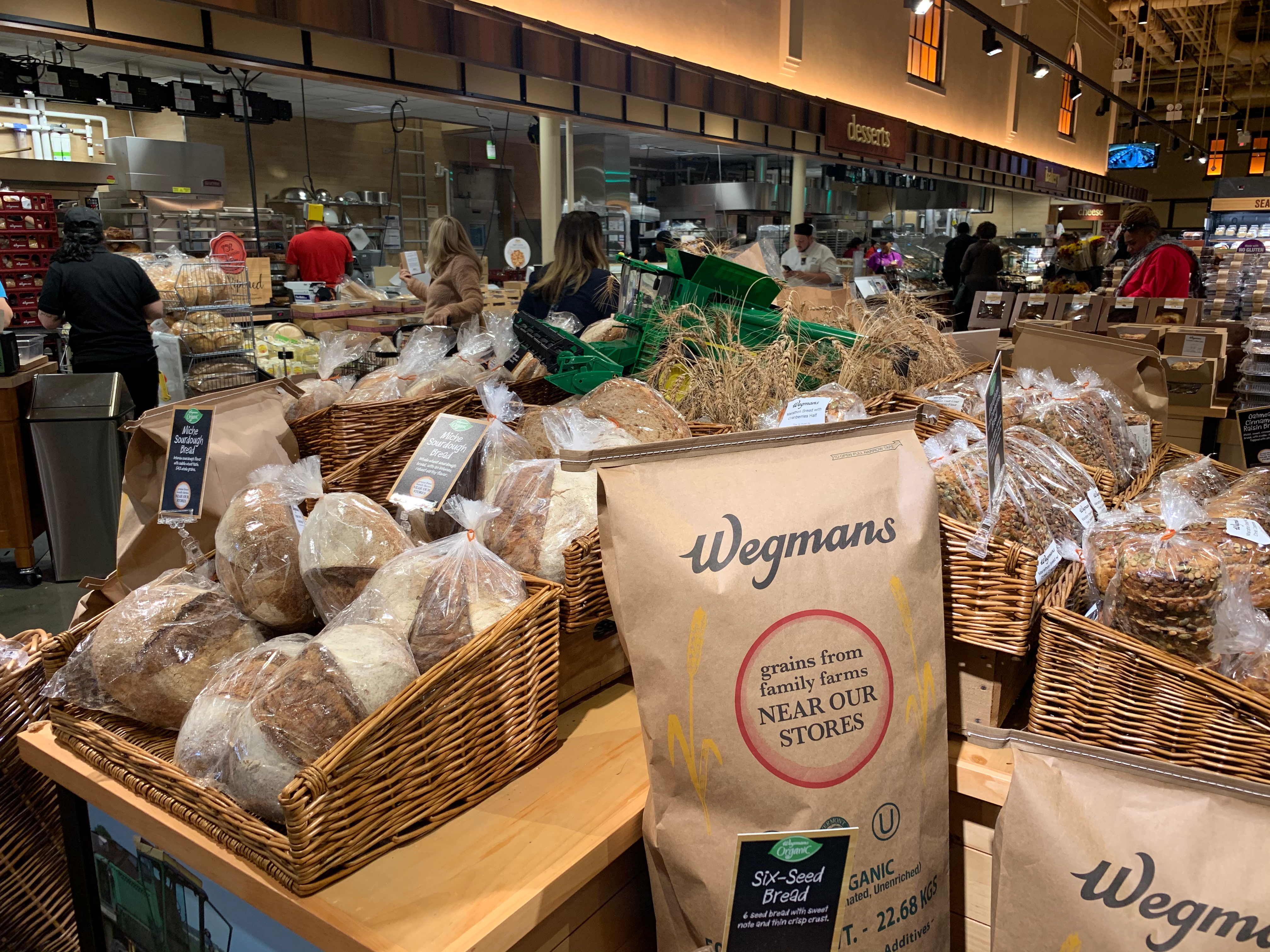 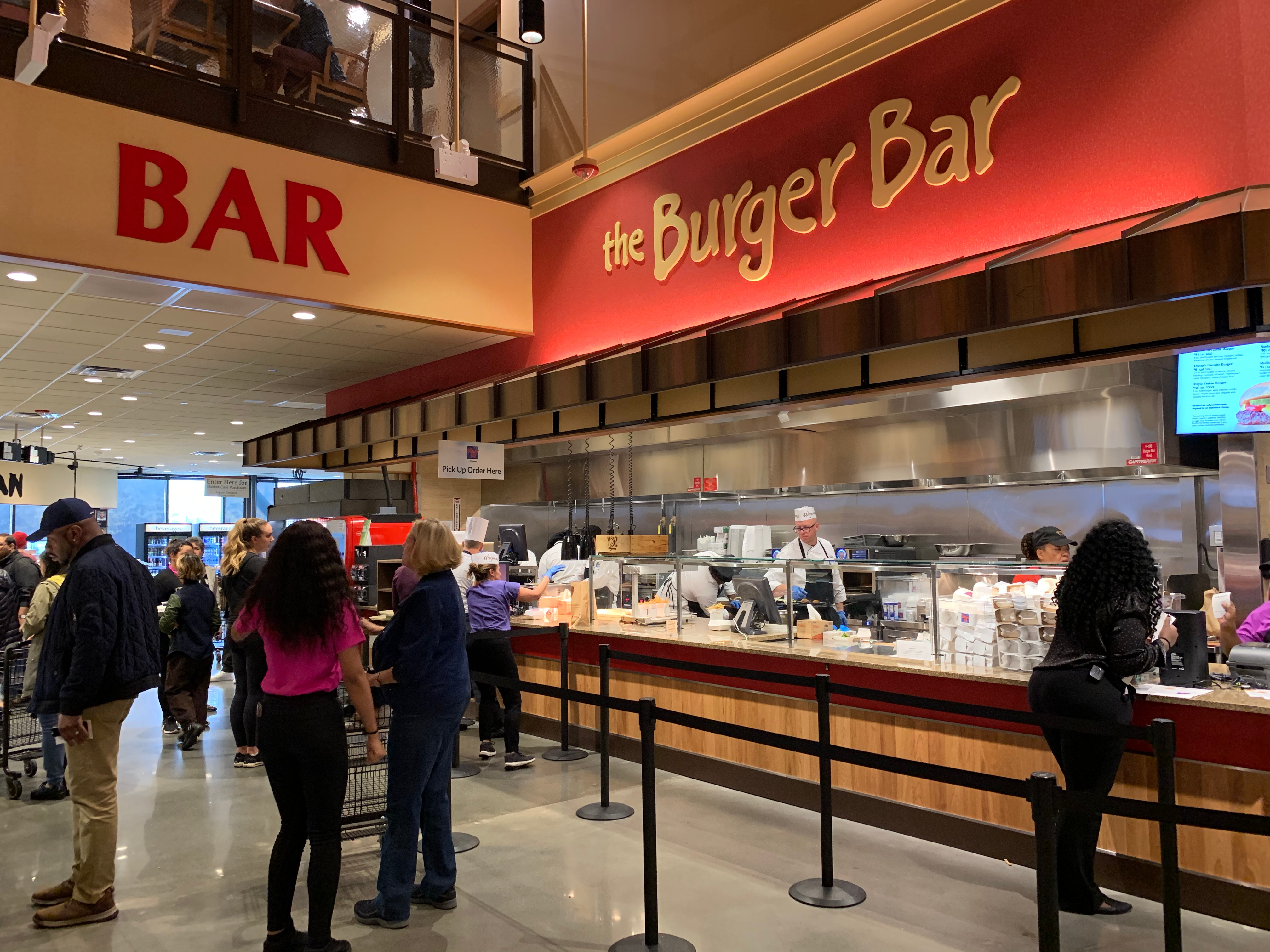 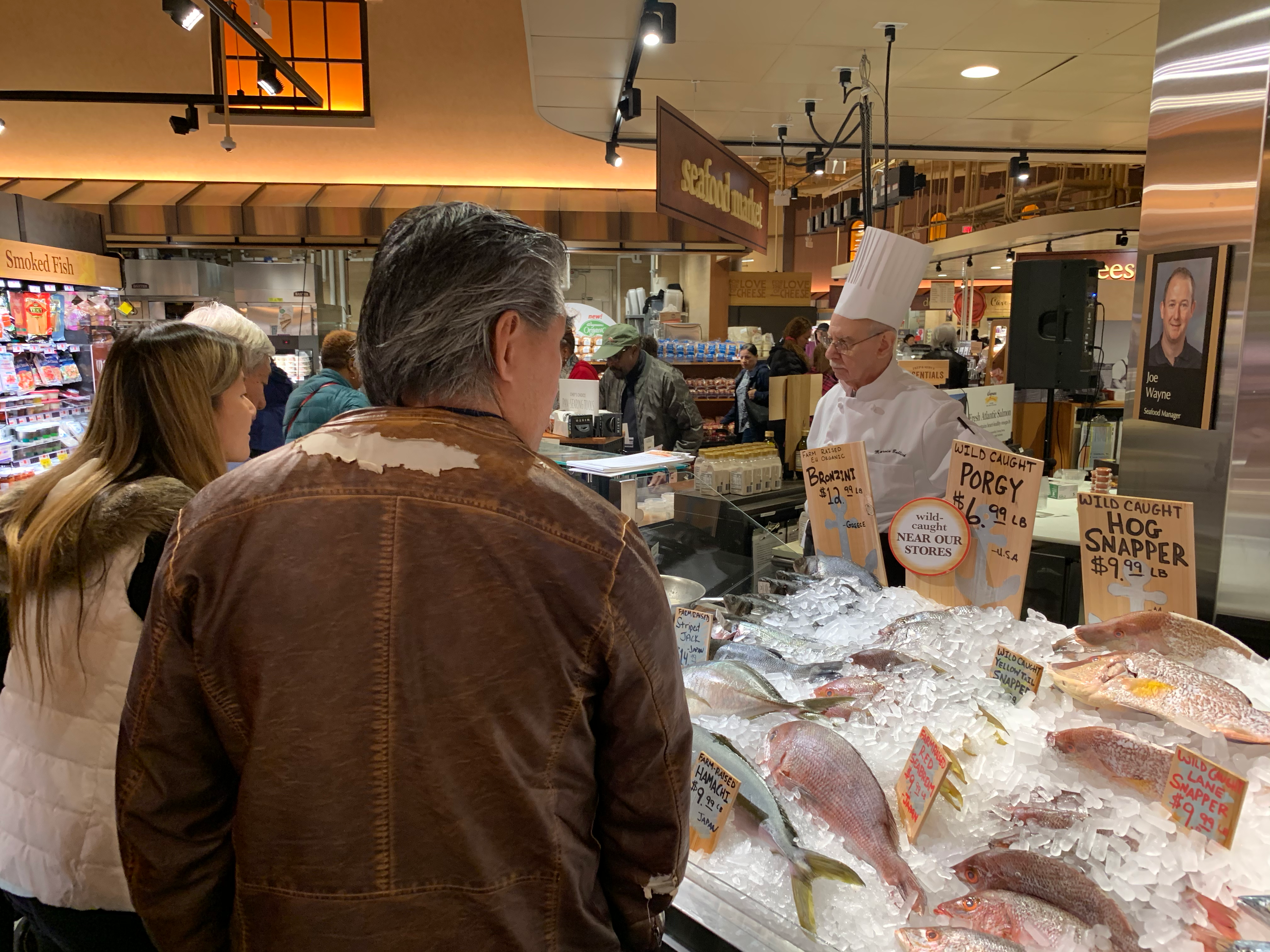 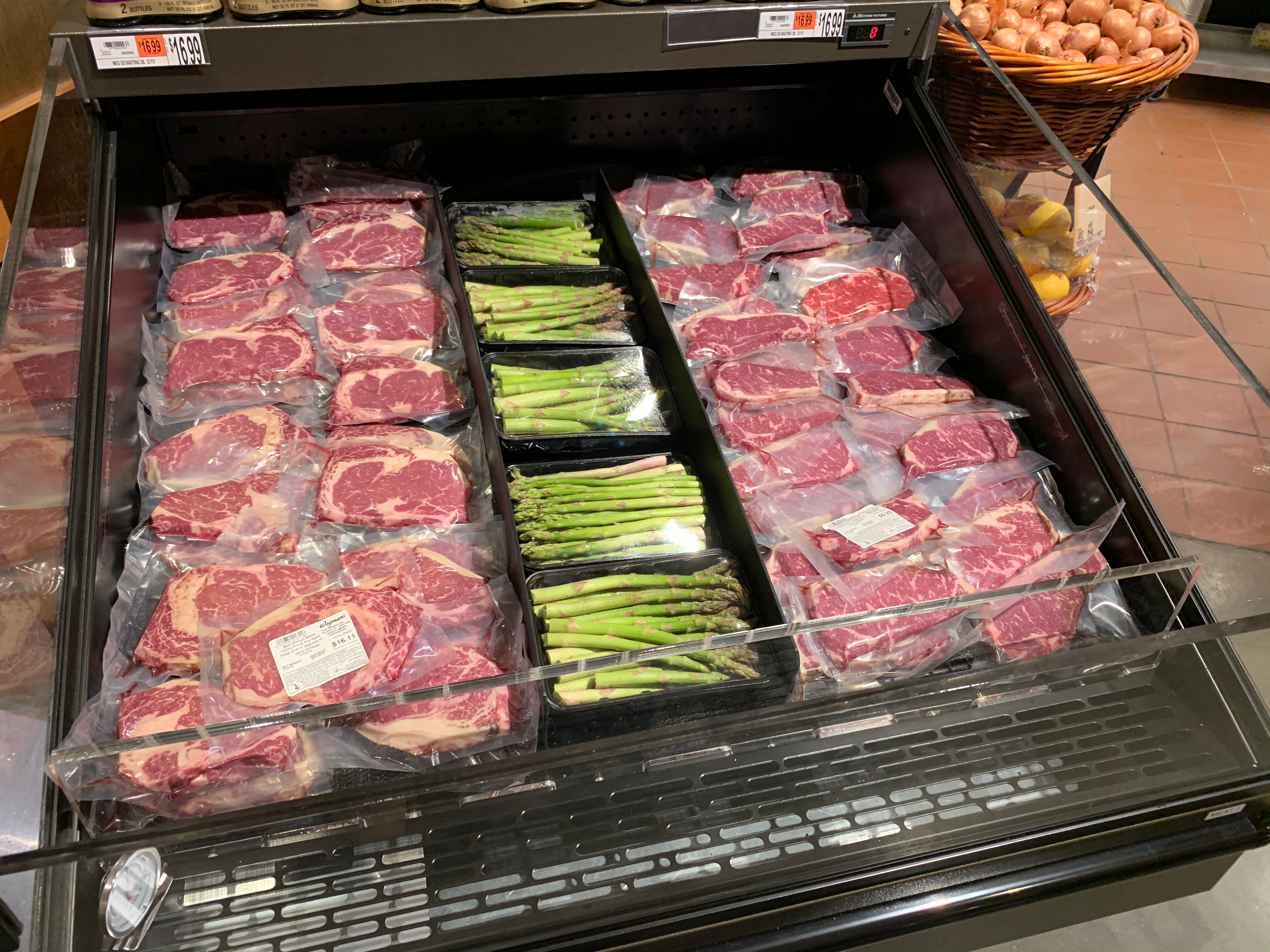 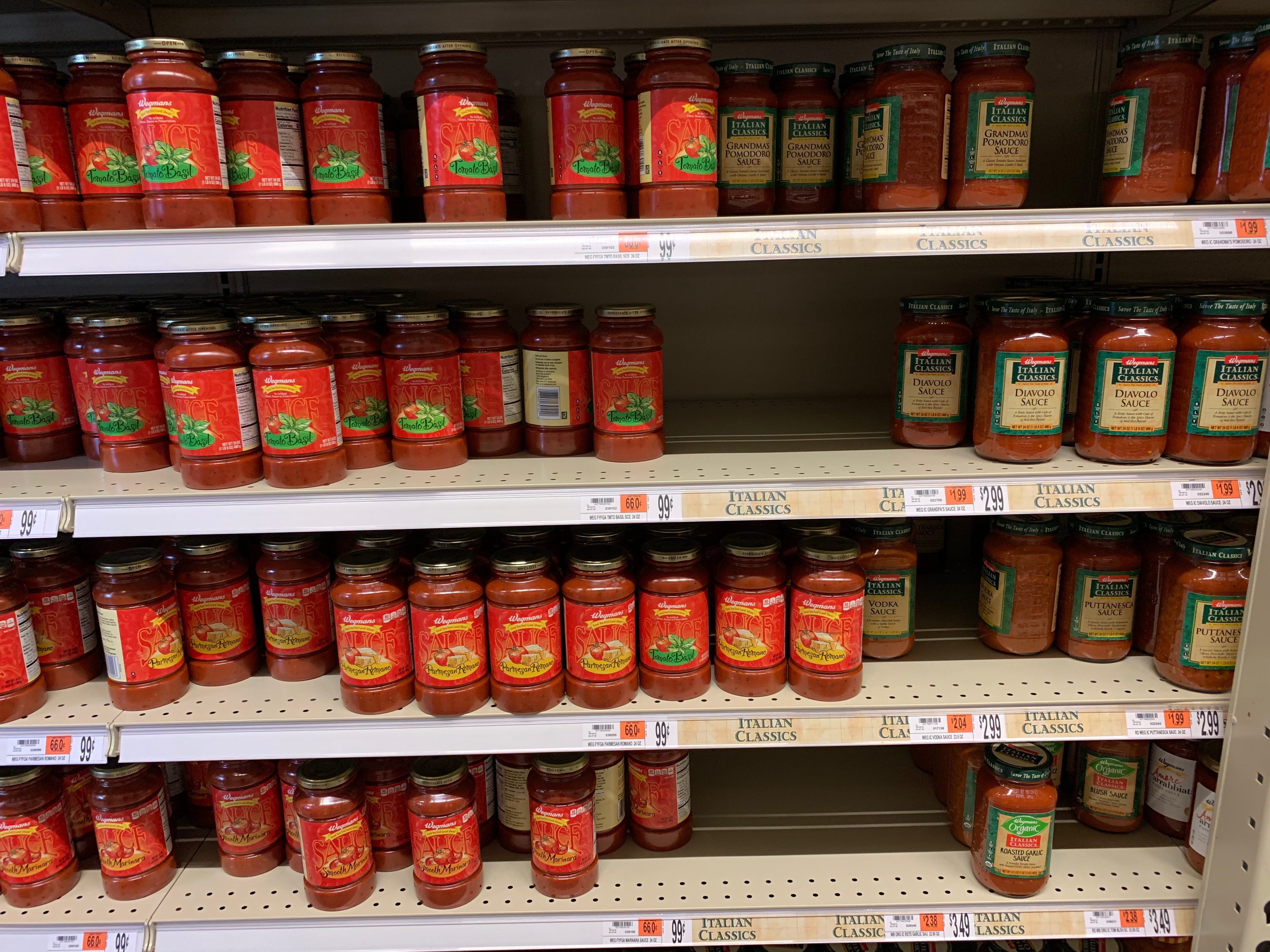 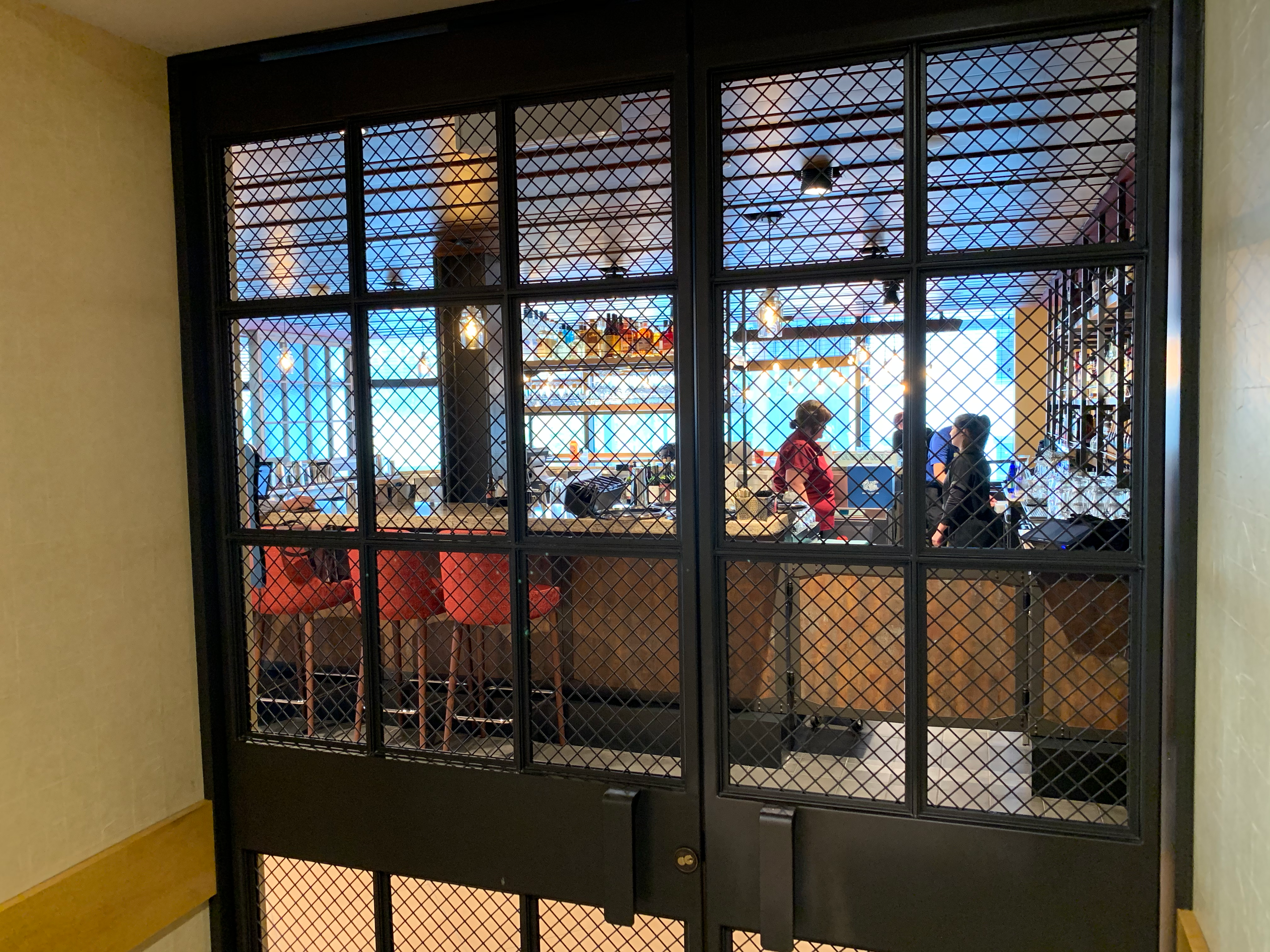 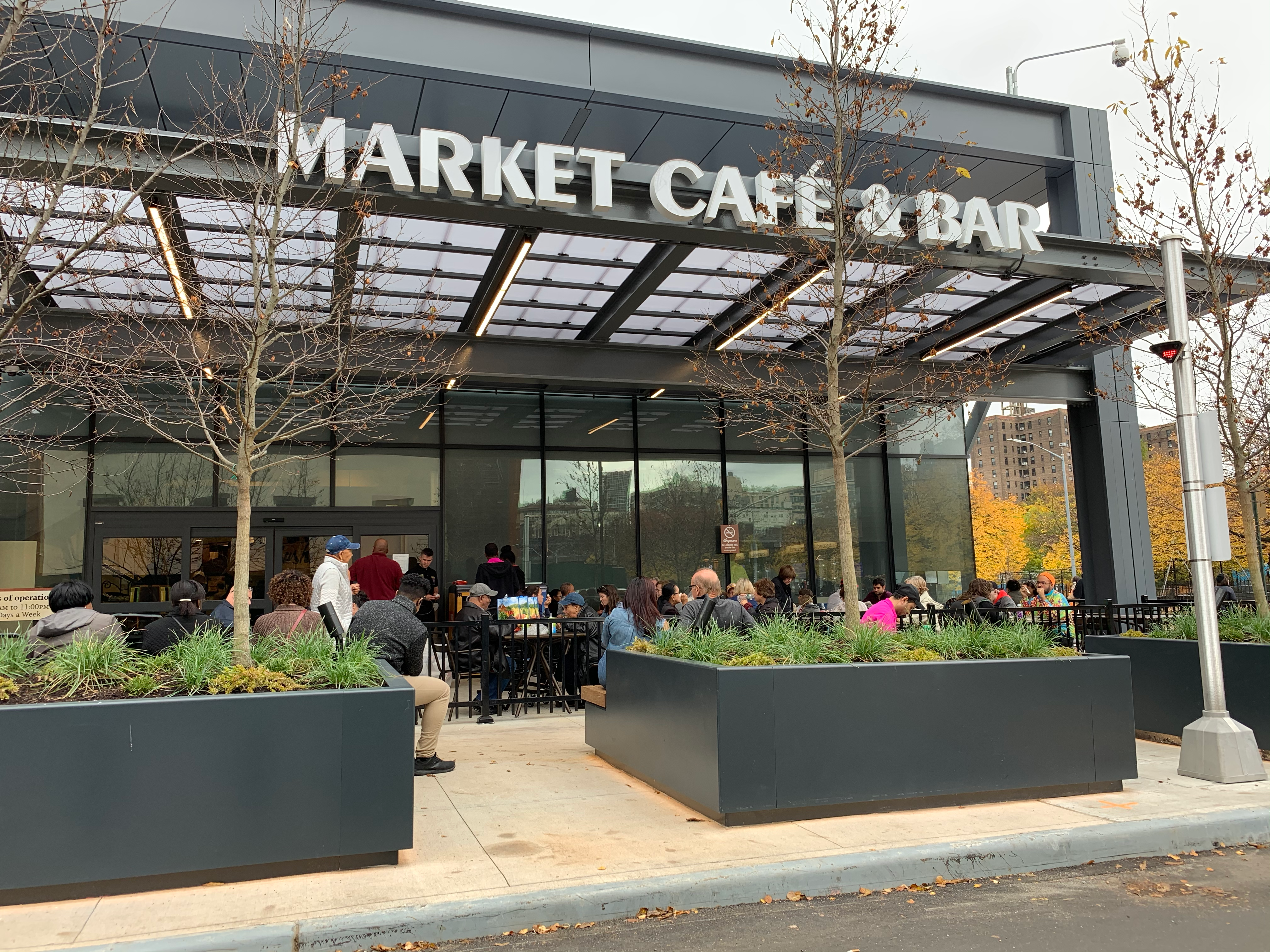 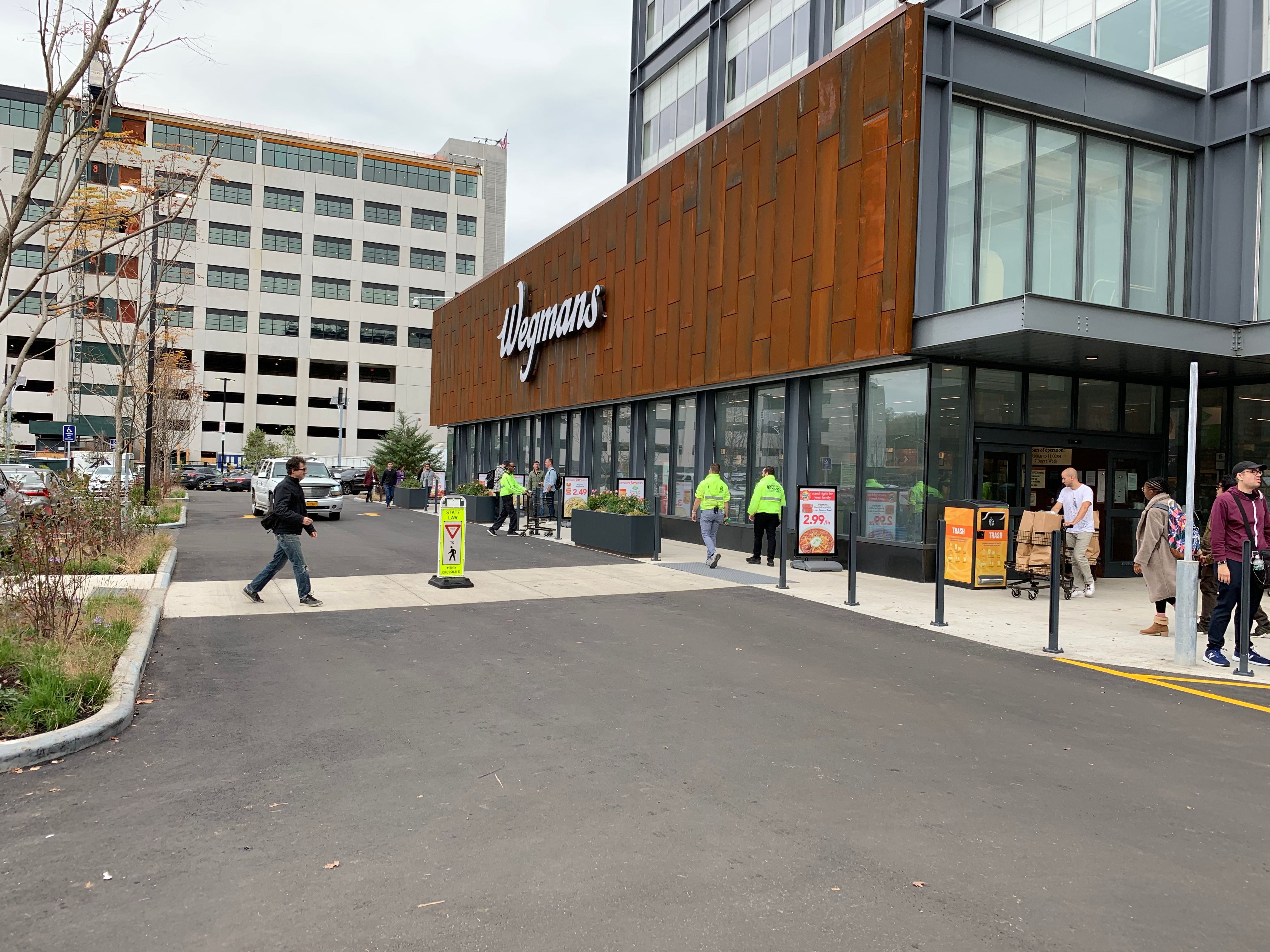