The Open Voice Network, a coalition of companies working to develop standards that will bring order to what the founders call the "wild, wild west" of smart speakers and "conversational AI," offered an update this week as it moves closer to the point where technology committees can start getting to work.

After the close of the National Retail Federation (NRF) show in New York City, Jon Stine, who is leading the Network, pulled together a number of supporting organizations and companies at Deloitte's 30 Rockefeller Center offices to give a sense of the initiative's momentum.

Executives from Target, Procter & Gamble, Microsoft, the Food Marketing Institute (FMI), NRF, and Capgemini all offered endorsements of the Network, with a common theme of their presentations the momentum that voice technology is beginning to achieve, and its likely impact on consumer behavior.

Stine made the point that estimates are that there will be eight billion active voice assistants by 2023 - creating an ecosystem that every retailer will want to be able to access; during Alibaba's 2019 Singles Day promotion, there were more than one million orders placed and paid for via voice.

To this point, much of the growth in voice has been dominated by Amazon and Google, but the Network's existence is premised on the fact that other companies must band together in order to keep up - and also to stave off the possibility that standards will be imposed on them by government entities.

The goal, said Amaresh Siva, VP-digital engineering at Target, is to drive literacy for as many companies as possible, and to make the voice experience as ubiquitous as the browser experience.

Some notes from the presentations…

• David Roth, CEO of The Store WPP,m suggested that "the impact of voice is not over-hyped, but under-hyped … the keyboard will end up being just a blip in history." Voice, he said, allows retailer-customer connections to be both transactional and relational.)

Massimo Volpe, chairman of the Federation of International Retail Associations (FIRA), made the point that in Europe, "people think that (voice) is just a niche … and I'm very worried about that." Volpe said he believed that European retailers will find themselves way behind the wave if they don't take voice technology seriously.

Milan Turk, managing director of Go To Market Innovation at Procter & Gamble, noted, "I have adult kids, and they are super excited that I am working in voice. But they are less so that I am working on standards." But it is standards Turk and other pointed out, that actually will make voice work - and will help voice technology from being an assistant to actually providing assistance.

The feeling here is that the Open Voice Network is onto something … it needs even more resources than it has (and part of this week's event was to continue to drum up financial support), but the notion of leveling the playing field - as much as possible, considering that Amazon and Google have such a head start - strikes me as something that every other retailer and retailing organization ought to get behind.

(Readers of MNB will know the Open Voice Network from an interview that I did with Jon Stine last year, which you can read here.)

There was a lot of brainpower in the room this week - you can see the pictures below center and right - and the meeting left me even more persuaded about the power of this good idea. It also reminded me, as so many things do, of a scene from a Star Trek movie, The Voyage Home, which you can see below left. 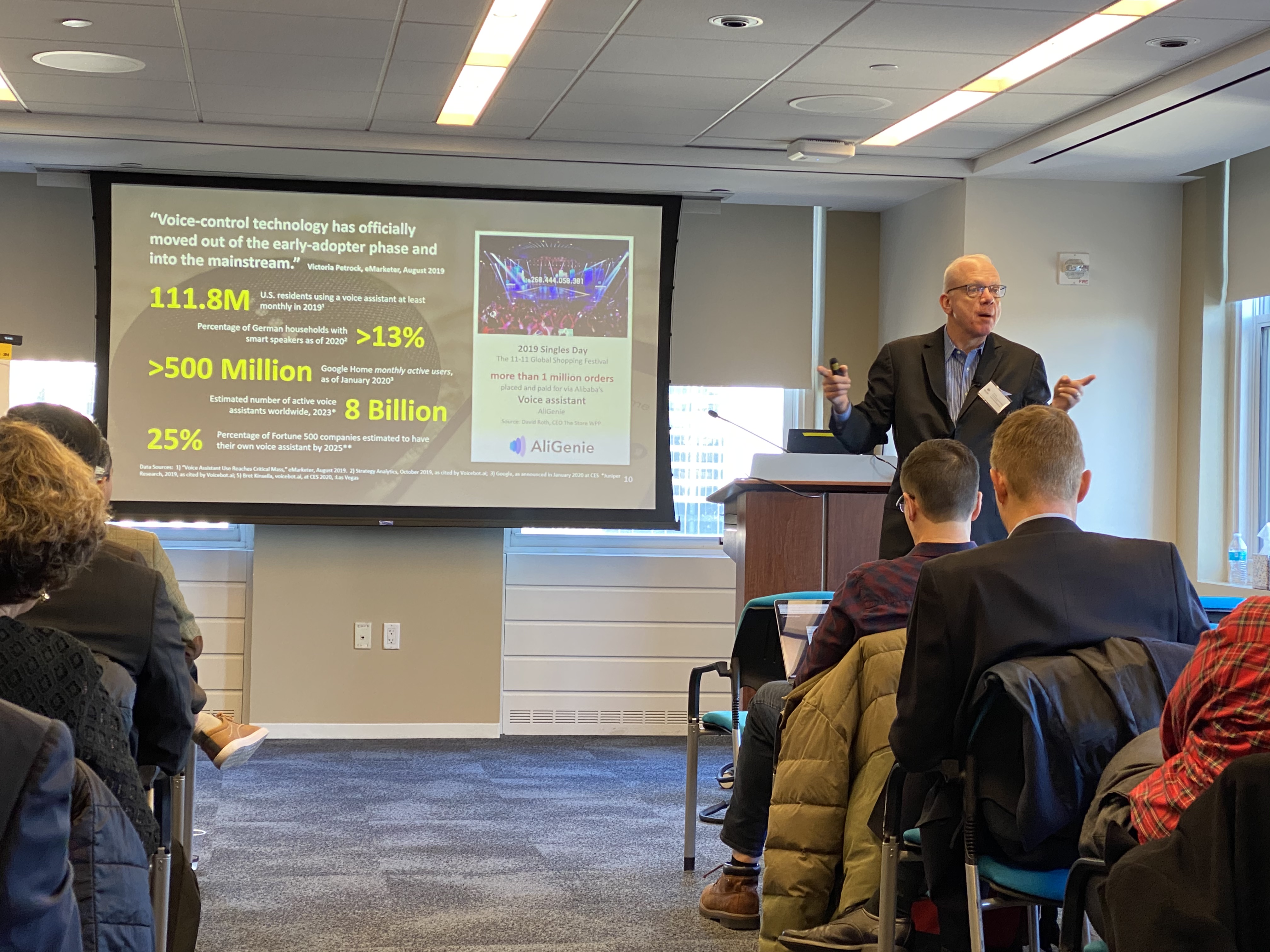 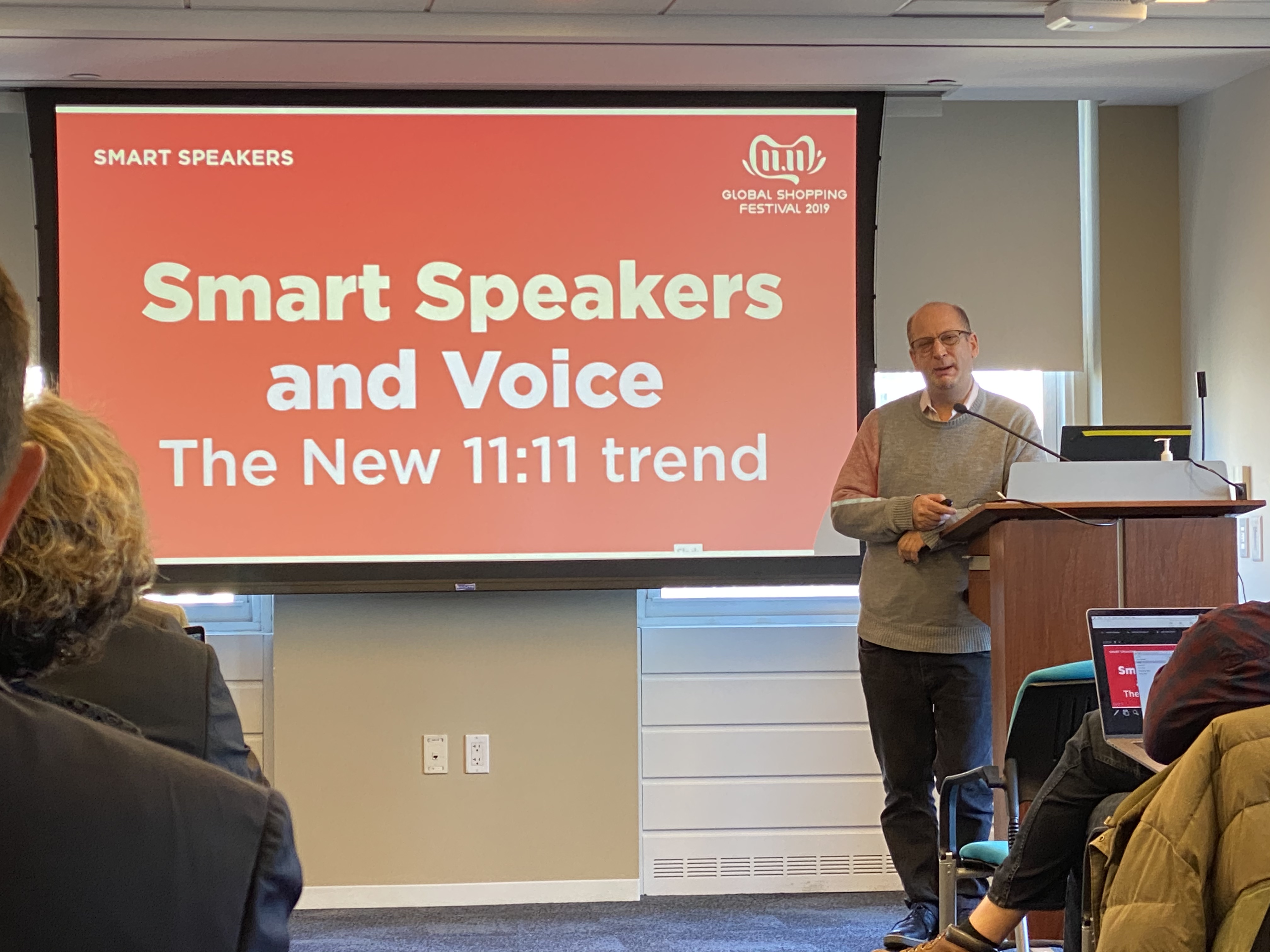